Erica Biagini and I Stumble On To a Great Strategy For Selecting a Study Abroad City During Her Interview About Bilbao, Spain 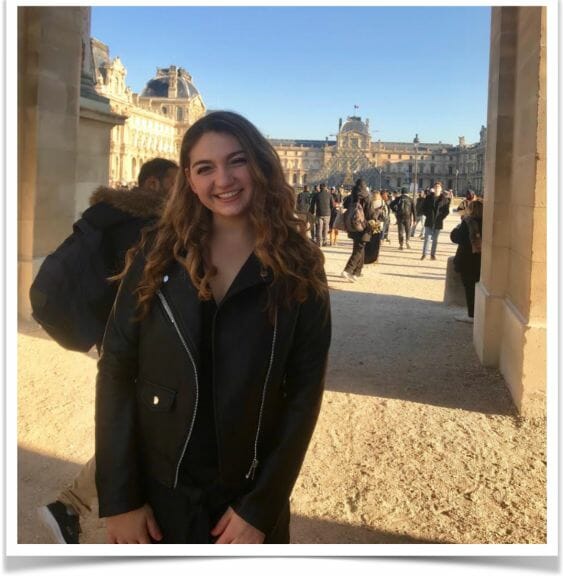 “I’m not going to say that every single day was easy during my time abroad . . . but looking back, the fact that I was able to persevere through those times is priceless to me.” — Erica Biagini

I’ve interviewed many a student who studied abroad in Spain, but none that lived in Bilbao; a city with a population of 345,000 that’s nestled in the north of the water surrounded country.

“Cozy up with a good book” is how I’d describe Erica’s interview. Only in this case, the book is Biagini it’s your ears instead of your eyes. She does a great job of telling multiple stories inside her story and we had a lot of fun recording it.

My favorite part was her unsuccessful attempt to have a traditional Thanksgiving in Spain.  🦃 not so much, so she had to settle for 🐓.

I’m excited about the PDF 📝 that goes along with this interview, too because:

A) I don’t normally link to PDFs or lists

I’ve been weaving this theme into the interviews and articles and it deals with picking a place to study abroad.

Thank you to Erica for shedding the light on this important decision process.

“Everything that you need is already within you.” (“Todo lo que necesitas, ya esta dentro”)