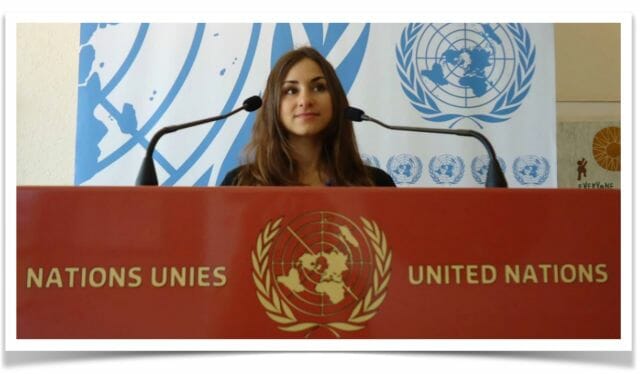 “It’s not just ‘how can I go abroad?’ It’s ‘what are my objectives for going abroad? What is the outcome that I want out of it?'” — Dalia Lourenço

Dalia Lourenço (@DaliaLourenco) was born and raised and Canada and she got to grow up speaking English and French because of this.

As we’ll find out below, she didn’t stop at two…

Dalia received her bachelor’s degree in Journalism from The University of King’s College where she studied abroad twice and her Masters from City University of London, which was an entire study abroad experience in itself.

If you listen to the interview you’ll know right from the start that Dalia is a go getter. Our conversation is peppered with stories of people with limiting beliefs about study abroad and advice for students who are reluctant about the process.

Over the years, Dalia’s charisma has rubbed off on more than a few people, so much so that she decided to start her own coaching service called Accelerate Your Ambitions which “guides students through cutting-edge branding and positioning techniques that really work.”

See the case study at the end of the post.

It was only a matter of time before I found Dalia and had her on the show. I hope you get inspired like I did.