Getting Paid To Study Abroad in Auckland With Jonathan Mennecke 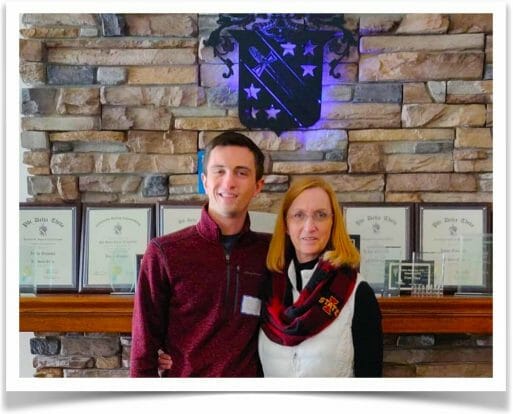 “As long as they’re on the ball and getting things done before deadlines they’ll be able to study abroad and be successful at it, too.” — Jonathan Mennecke

Jonathan Mennecke is currently studying abroad at Massey University in Auckland, New Zealand. He goes to Iowa State University and was a pre-med student at the time of the interview.

If you’ve listened to any other episodes you know by now that something going wrong on your trip is a right of passage, and it happens to everyone. Jonathan is no exception and tells us about a time where “everything that could’ve gone wrong, did” on a trip to Queenstown.

Aside from that, the his time in Auckland and the rest of New Zealand sounds amazing.

Scholarships are big theme that I like to focus on in the interviews and Jonathan was fortunate enough to get most of his trip paid for, and he shares exactly how he did it in the interview.

Jonathan was also kind enough to send me some pictures he took while in New Zealand.

What You Might Not Know About New Zealand [Infographic]

How To Study Abroad Twice as An Undergrad with Dilyn Riesterer
The 9 Biggest Reasons More Students Don’t Study Abroad
ETSU’s John David Discusses Vigo, Spain, Traveling Throughout Europe, and Galician
Study Abroad Influence in Aix-en-Provence With Tiffany Ferguson
How Dalia Lourenço Parlayed Her 3 Study Abroad Experiences Into A Career That Spans The Globe
Should You Double Major or Study Abroad?
How (and why) To Go Abroad After You Graduate With Corinne Kenny
7 Things I Wish I Knew Before I Studied Abroad